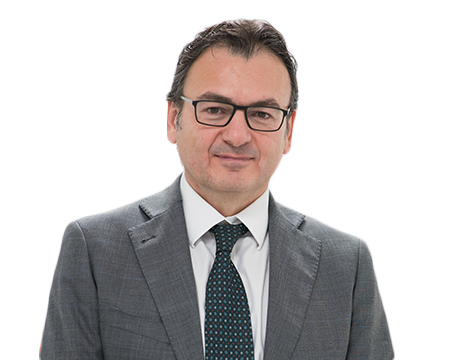 Dr. Pasquale Giordano is a consultant surgeon at the Royal London Hospital and Whipps Cross University Hospital (Barts Health NHS Trust) where he was appointed in 2002. From 2010 to 2017 he was the Clinical Director of the Academic Department of Colorectal Surgery at Barts Health Trust. Dr. Giordano is currently the Clinical Lead for the Pelvic Floor and Functional Bowel Disorders of the Royal London Hospital and Clinical Lead for the Abdominal Wall Surgery service. Dr. Giordano has also been recently appointed as the Clinical Lead of the Pelvic Floor Service at the Cleveland Clinic London.

After graduating from the University of Naples, Italy in 1990, Dr. Giordano has accumulated a wealth of surgical experience. He initially trained in Italy and the UK before specialising in colorectal surgery by pursuing a fellowship at the Department of Colorectal Surgery of the Cleveland Clinic, Florida and a Senior Colorectal Fellowship at the Centre for Academic Surgery at the Royal London Hospital. Furthermore, he has given lectures and live surgical demonstrations all over the world to go with his numerous scientific papers, which have appeared in prominent medical journals.

This expanse of professional experience, which has taken place around the globe, has helped Dr. Giordano to build an international reputation for his high standard of care and training, so much so that both senior colorectal trainees from nearby and abroad are attracted to work with him. Moreover, many of the patients that he has treated are referred from all over the UK and even overseas.

It is therefore easy to see why Dr. Giordano is regarded as one of the UK's leading colorectal surgeons—a consultant who remains renowned for his dedication to both his work with both patients and research.

Dr. Giordano is also an Honorary Senior Lecturer at Queen Mary University of London and an Educational Supervisor for the Royal College of Surgeons of England. Between 2010 and 2017 he has also been a member of the directive council of the Association of Coloproctology of Great Britain & Ireland and is currently the European vice president of the International Society of University Colorectal Surgery

Dr.Giordano has delivered over 200 invited lecturers to international meetings and conferences and contributed to over 70 peer reviewed publications on prestigious journals like Lancet, the British Journal of Surgery and Archives of surgery and several book chapters.